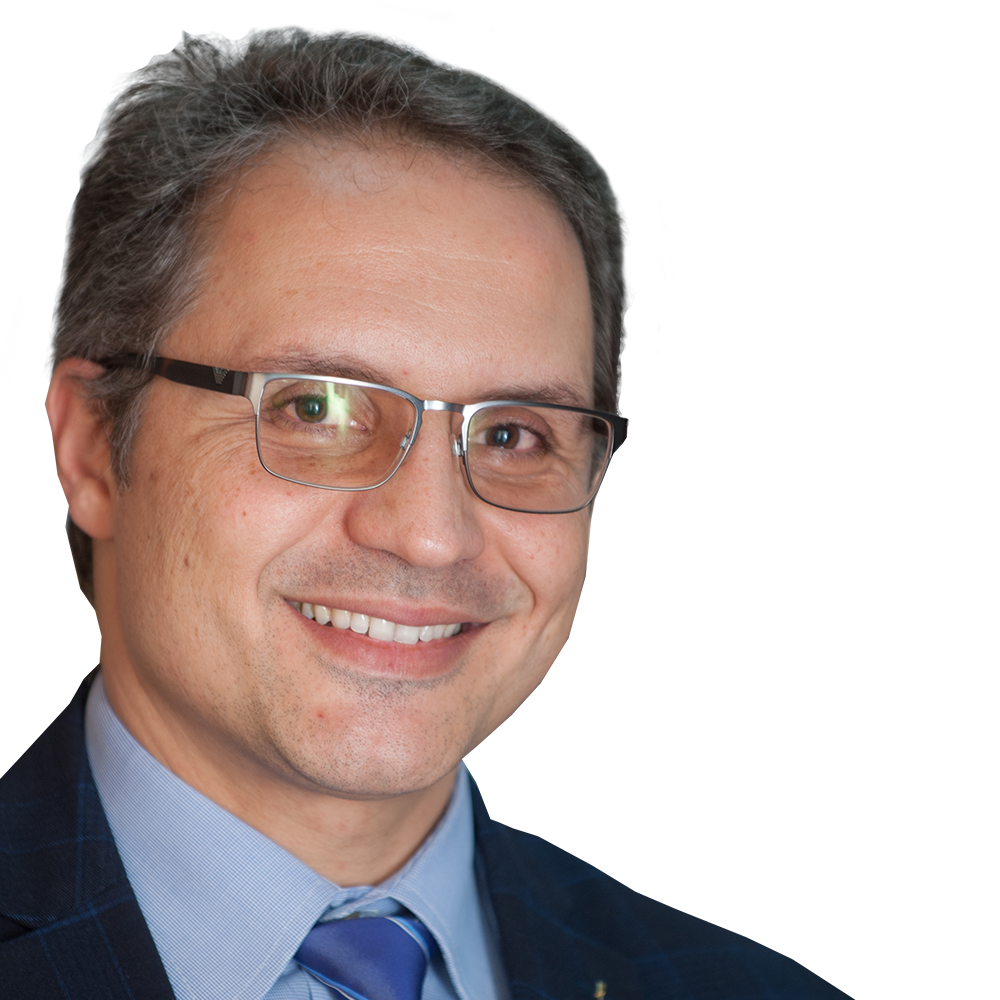 Dr Karoussis was born in Athens (1969). He graduated from the Dental School, University of Athens, with an honorary degree in 1994. His Post Graduate studies at the University of Athens (1996-1999) led to a Specialization Degree in Periodontology as well as an Honorary Master’s Degree in Oral Biology. He continued his postgraduate studies in Periodontology and Implant Dentistry at the University of Berne, Switzerland, where he completed his Doctoral Thesis (2002) and in parallel he worked as a Visiting Assistant Professor. He continued his professional developent by completing a Mastership Course in Laser Applications in Dentistry, at the RWTH Aachen University (2012-2013).

Since 2004, he has been working at the University of Athens with positions of increasing responsibility, starting as a Lecturer of Periodontology; in 2009 he became Assistant Professor with a Tenure position in 2012; in 2017 he was promoted to Asssociate Professor. In addition, he served as Clinical Director of the Postgraduate Clinic for Periodontology, from 2009 to 2016. Since 2016 he is the Director of the Lab for tissues and cells cultures of the Department of Periodontology, University of Athens.

His scientific work includes more than 100 publications in Greek and international scientific journals, book chapters in Greek and international books, cinical guidelines in three languages, a research monograph titled: Effect of Nd: YAG laser irradiation on the proliferation and differentiation of osteoblasts cultured on titanium surfaces, a two-volume textbook for Periodontology and Implantology in the Greek language, a textbook titled „100 steps in Periodontology“ and a book about the 70 years of history of the Hellenic Society of Odontostomatological Research.

Since 2003 he runs a private practice, specializing in Periodontology and Implant Dentistry. He has performed numerous applications of the EMS technology in terms of GBT for therapy and maintenance of periodontal patients and during therapy of peri-implantitis. In his book (under publication) he suggests a modification of the CIST protocol (by Lang and Mombelli), for the treatment of peri-implantitis, where Air Flow and Perio Flow with the use of erythritol are applied as a standard procedure.